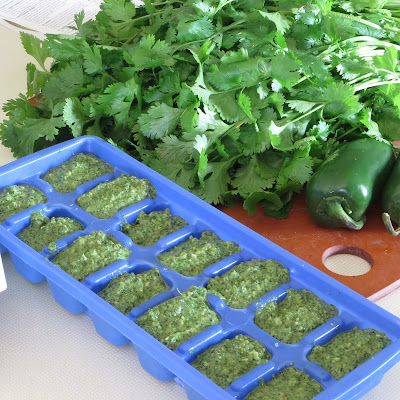 Cilantro is as divisive as the current political arena, don’t you agree?

In the world of American politics, you’re either a Democrat or a Republican and there is NO room in between. And it’s going to get even more ‘exciting’ as the months move along. Hold on to your hats, folks! 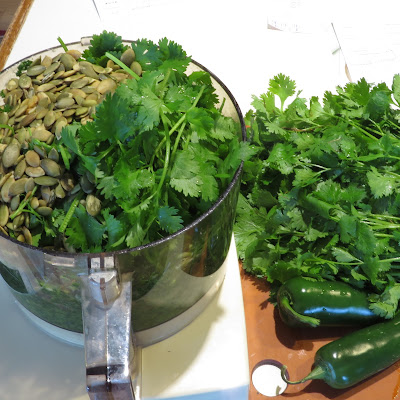 It’s the same in the world of cilantro – either you’re a lover or a hater and there is NO room in between. I’m right, aren’t I? Luckily, cilantro is not as important as who will be our next president, so let’s not fret too much over this controversial herb. 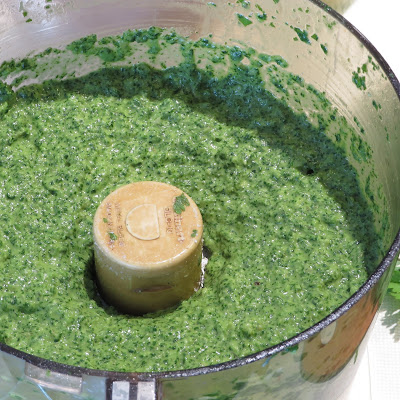 Here’s a super tasty way to use the villainous green stuff.

Here’s what you do:
Mix everything except for the olive oil in a food processor. Use a spatula to keep all the tiny cilantro leaves in the mix. While the processor is going, drizzle the olive oil in and be amazed at the glorious color! 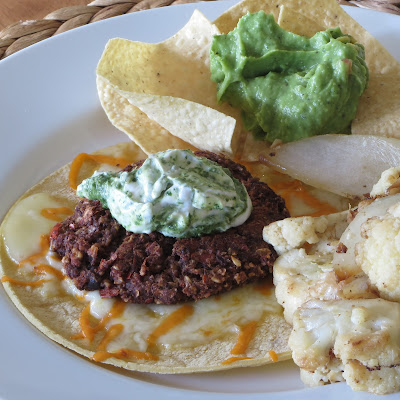 I mixed a huge dollop of the pesto with some sour cream and plopped it on a black bean burger.