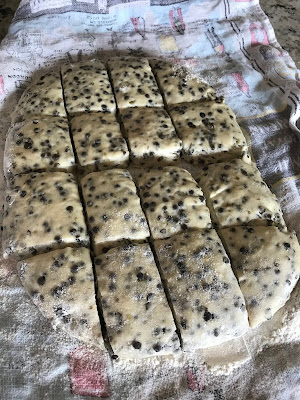 These are lentil rolls which tasted as unusual as they look. I found the recipe in "The Handmade Loaf" by Dan Lepard. I chose this recipe because it's one of the few in the book that doesn't call for a sourdough starter (more about sourdough later in this series of blog posts.) It calls for a bit of rye flour, but I swapped out white with no problems. I also used some great black lentils that were hidden in my pantry. (I used those in a black lentil soup that was so good!)

Because of the heaviness and moisture of the lentils, these did not rise much, but you can see that they still turned out surprisingly light.

These rolls were very hearty and chewy and a bit sweet which was nice. Perfect with a bowl of soup and some cheese. We ate them toasted for breakfast also. 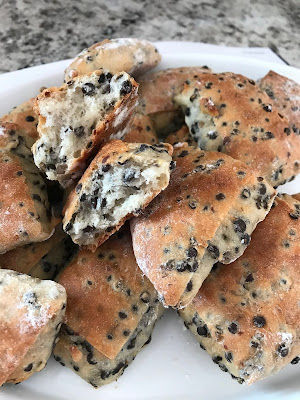